Beam is one of the most important structural parts of a building. In our previous article, we have already discussed different types of beams used in construction.

In this article, we will discuss the differences between primary, secondary, and tie beams.

The beams that are connecting columns for transferring loads of a structure directly to the columns are known as primary beams. Usually, primary beams are shear-connected or simply supported and they are provided in a regular building structure.

The beams that are connecting primary beams for transferring loads of a structure to the primary beams are known as secondary beams. These beams are provided for supporting and reducing the deflection of beams and slabs.

The beams that are connected by two or more rafters in the roof or roof truss for stiffening the whole building structure, known as tie beams. 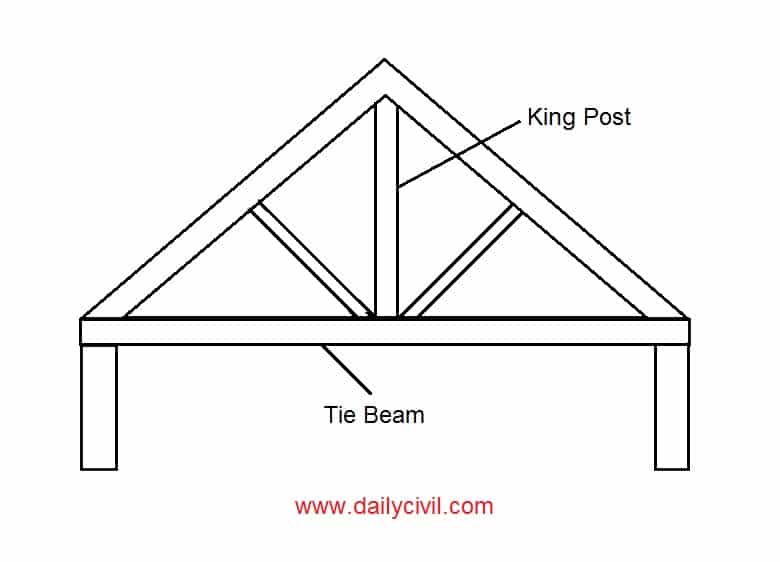 These beams do not carry the vertical load of slab or walls instead carry the axial compression. Generally, tie beams are used in roof trusses or in damp proof courses at the plinth level.

4 thoughts on “Difference Between Primary, Secondary And Tie Beam”

Daily Civil Is A Learning Platform For Civil Engineering & CE Students. We Provide Valuable Information On Construction, Building Tips, Site Knowledge & So On..