Types Of Loads On Structure

Loads can be defined as the forces that cause stresses, deformations, or accelerations. These loads are applied to a structure or its components that cause stress or displacement. There are different types of structural loads such as dead load, live load, etc we need to consider during the design process.

The different types of loads coming on the foundation of a structure are as follows.

Dead loads consist of self-weight of the structure (weight of walls, floors, roofs, etc). The weight of the foundation and footings and all other permanent loads acting on the structure. These loads can be computed by finding the weights of cubical contents of the different materials used for constructing the structure. 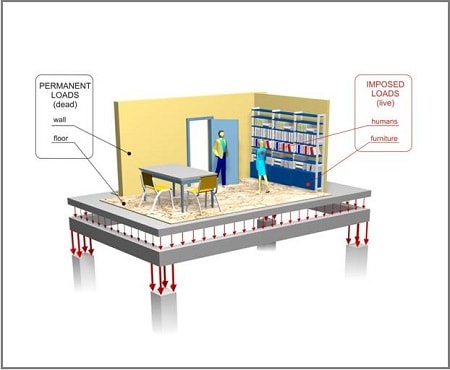 Live loads consist of moving or variable loads like people, furniture, temporary stores, etc. These types of loads are variable and can change over time as they depend on the usage and capacity. It is also called super-imposed load. 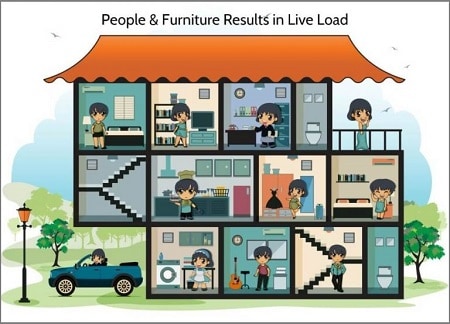 The Wind acts horizontally on the surfaces of the walls, roofs, and pitched roofs of the structure. That means it exerts uniform pressure on the structural components on which it acts and tends to disturb the stability of the structure.

These types of loads are internal forces which act on the structure due to earthquake developed ground movements. 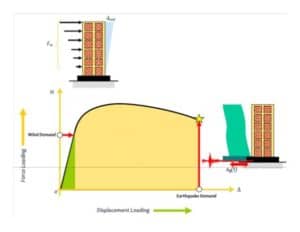 How To Calculate Loads On Beam, Column & Slab.

What Is Shear Wall – Its Types & Location In Building

How To Build Strong Foundation For Structures

4 thoughts on “Types Of Loads On Structure”