Types of Gradients On Roads

What Is Road Gradient?

Road gradient is the rate of rise and fall along the length of road with respect to the horizontal. In simple words, it is the slope provided longitudinally to the road formulation along its alignment, usually to connect two points situated at diﬀerent levels.

The gradient of the road is expressed as 1 in n (1 vertical unit to the n horizontal units). Sometimes it is expressed even in percentage also.

Why Is Gradient Provided To The Roads ?

The purposes of providing gradients on road are as follows:

1. To link the places or locations which are located at diﬀerent levels.

2. For smooth movement to vertical profile.

3. To provide an eﬀective drainage of rainwater on roads, when the pavement of road is provided with Kerbs.

Factors Aﬀecting Gradient Of The Road.

The factors aﬀecting the gradient of the roads are listed below:

1. Nature of the traffic – A gentle gradient should be provided where the traﬃc on the road is usually of slow moving vehicles like bullock carts and bicycles.

2. Drainage of water – The gradient of road provided should be steep in the areas where there is heavy rainfall.

3. Appearance – It is necessary to provide a gradient to the road for its appearance and aesthetic beauty.

6. Topography of the area or the religion where the road is to be constructed.

The road gradient are divided into the following categories:-

The maximum gradient within which the designer attempts to design the vertical profile of the road, is known as the ruling gradient. Ruling gradient is also referred to as design gradient.

It is generally used because it gives the utmost safety at the least possible cost. The ruling gradient depends upon the following factors:

Due to the topography of a particular area, sometimes a gradient steeper than the ruling gradient is provided to the roads. This type of gradient is known as the limiting gradient.

Gradients Of Roads In Diﬀerent Terrains By IRC

Types Of Camber In Road

2 thoughts on “Types of Gradients On Roads” 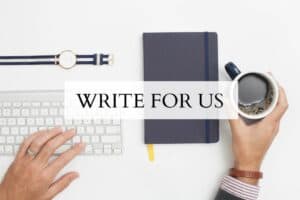