When water is added to cement a reaction takes place to form a paste. In its original form, the finely ground cement is very sensitive to water. Out of the four main ingredients  C3A, C3S and C2S quickly react with water which finally produces a jelly-like paste that starts solidifying. The activity of changing from a fluid state to a solid state is known as setting. Setting is divided into two different categories: Initial setting time & Final setting time.

In the next stage of hydration, the cement paste starts hardening due to the reaction between C3S and C2S with water and gains its strength. The setting action stays more predominant in first few minutes but after sometimes it becomes dominant. Practically this solidifying action is required to be delayed because enough time is needed for mixing, transporting and finally placing the concrete into final location before losing the plasticity of the mixture.

For plastic concrete, it is necessary to be placed and consolidated before the initial setting and it should remain undisturbed until the paste becomes a hardened mass.

The concrete gains its strength as rapidly as possible after initial stiffening. The formwork should be removed after a permissible interval of time and further construction should be then started. Thus the frost action in cold climate is minimized. 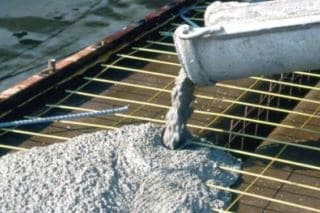 The final setting is defined as the time taken to reach the cement paste to become a hardened mass. As per IS specification, The maximum final setting time for all types of cement is 10 hours.

1 thought on “Setting Process Of Cement”